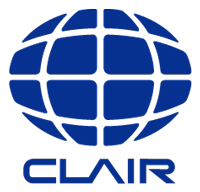 Japan Local Government Center (CLAIR, New York) was created in 1988 as the first of seven overseas offices of the Council of Local Authorities for International Relations (CLAIR) in Tokyo.

CLAIR itself was founded earlier that same year as a quasi-government organization under the auspices of the Ministry of Home Affairs (now the Ministry of Internal Affairs and Communications) in order to coordinate the JET Program and support various other international initiatives undertaken by prefectures and local governments in Japan. It is funded by and works on behalf of these governments.

Beyond the JET Program, CLAIR’s activities include research into best practices in public administration around the world, arranging exchanges and meetings between public officials at the subnational level, assisting local community and economic development efforts, fostering a multicultural society in Japan, and supporting the JET alumni.


JLGC (CLAIR, New York) contributes to these efforts by: