The Board of County Commissioners’ special meeting on July 19, 2012 adopted a resolution expressing appreciation to Naomi Maki with the Japan Local Government Center for choosing to visit and study St. Lucie County, Florida to learn more about its success story relating to its financial and budge challenges, organization restructuring and public/private partnerships. 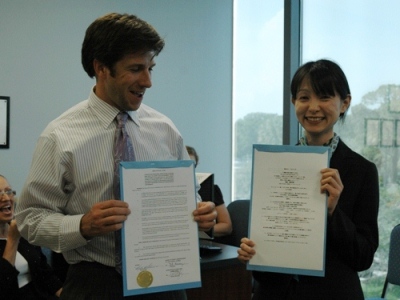 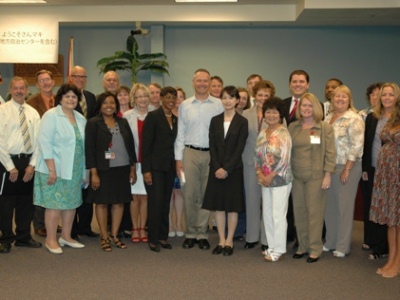 Because of the global recession, the county encountered a serious financial crisis. The county faced a $57 million operating deficit, double-digit unemployment, and one of the highest foreclosure rates in the country. But, after just two years, the county has made great strides to resolve its financial programs such as reduction of its deficit by $23 million. One of the most important players is Ms. Faye Outlaw, MPA, St. Lucie County Administrator. She has been selected as the American City & County’s Leader of the Year for 2011, and received the 2011 Career Excellence Award from the Florida City and County Management Council, and her efforts have attracted admiration from the State’s legislators.

Since learning about the secret of success for financial reform in St. Lucie County, I decided to do research on-the-spot in St. Lucie County from July 16 to 20 in 2012. That week was “Budget Week”. In that week, the County Administrator’s Budget Presentation, the Board of County Commissioners (BOCC) Budget Review Workshop, and Citizen’s Budget Committee (CBC) meetings were held. Thanks to Ms. Outlaw, I could join all of those budget meetings.

The county also has succeeded in creating public/private partnerships. I went to some partnership organizations such as the Solar & Energy Loan Fund, HANDS Clinic, the Regional History Center. Also I met the St. Lucie County Chamber of Commerce and Economic Development Council members.

The final resolution of the special meeting of the BOCC on July 19 was in appreciation to Naomi Maki for her research. At the time the resolution was adopted, I become emotional. The county’s resolution made me realize that my preparation for the visit was worthwhile.

During the interviews, county staffs accompanied and helped me at all times. BOCC and CBC members, Ms. Outlaw, and senior staffs of the Office of the Management and Budget took the time to meet me despite their busy working week as “Budget Week”. I really appreciate all of the cooperation of everybody whom I met in St. Lucie County. I shall be proud to share St. Lucie County’s successful financial reform with my city, Hiroshima and other Japanese municipal governments. I intend to publish the county’s efforts for all of Japanese municipal government as my CLAIR Report. 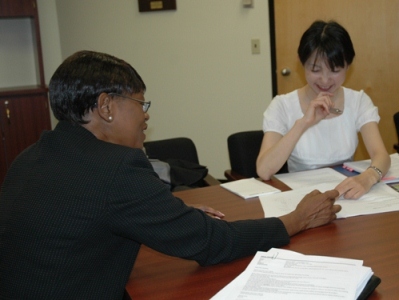 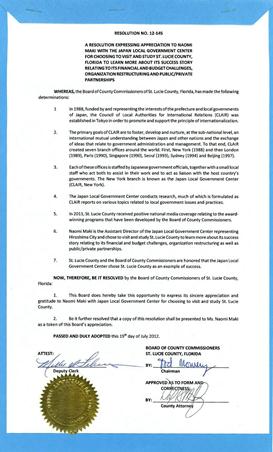 
With sincere gratitude to St. Lucie County for my research,