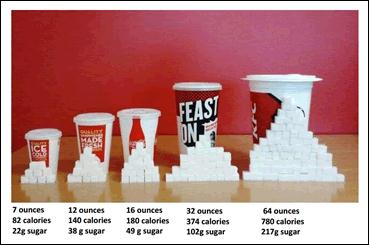 Purpose
It is always difficult to balance efficient local government administration with open discussion with those residents affected by local government policies. This is particularly important for Japanese local governments where such a balance is not always obvious. The purpose of this short article is to describe what may be termed as ‘how not to engage your residents’ on matters that affect their personal lives.

Background
The Mayor of New York City has, for some considerable time, attempted to link various food and other behaviours to the general ‘health’ of the City’s residents. There have been ‘bans’ on smoking in almost all public places, trans fat ingredients to food served in the city restaurants and a so-called ‘war on salt’, just to mention a few of the most notable actions taken by the City. The biggest concern for the Mayor, however, has been the reported rising levels of childhood obesity. If there is one thing that galvanizes the public’s attention or governments’, it is surely what we do for our children.

Back in 2010, New York City’s Department of Education decided to ban whole milk in schools because it was reported to be too fattening. The Department switched to low-fat milk. Researchers for the Department had decided to count up the total calories and fat that would be saved, as if the ban had already gone into effect. Children, they said, once the switch had taken place, “were served an estimated 5,960 fewer calories and 619 fewer grams of fat in 2009 than they were in 2004” (emphasis added). Of course, they had not been served the low fat milk. Instead, that would have happened was their argument. But, what did happen? The new policy led to a majority of milk purchases being sweetened one per cent or fat free chocolate milk. Both of these contained more sugar than was in the whole milk product. That led some schools to ban chocolate milk as well. ‘The cure was worse than the disease’, so goes the saying.

The Mayor and the Governor of New York at the time, Governor Paterson, later in 2010 petitioned the United States Department of Agriculture to ban the use of food stamps for the purchase of sugary soda drinks. Once again the purpose was to prevent obesity and its related disease of diabetes. Sugar was the ‘largest single contributor to the obesity epidemic’. Also, people who were obese were twice as likely to be poor and, therefore, eligible for food stamps. The American Beverage Association did not support this proposal, arguing the proposal would “only have an unfair impact on those who can least afford it”. In the end, both the State legislature, which was asked to impose a one cent tax on sweetened soda, and the United States Department of Agriculture refused to approve the Mayor’s and Governor’s plans.

So, in December 2011, Mayor Bloomberg asked deputy mayor, Linda Gibbs, to set up a multi-agency task force to find innovative ways toattack the obesity problem. The task force convened in January 2012 and presented its report to the Mayor on 31st May 2012. The task force composed of city officials exclusively. It defined its objectives well but settled on goals at the beginning rather than through research and examination of evidence. Even though three workgroups were set up, that met a number of times to gain the input of ‘stakeholders’, these meetings were informal and controlled by the members of the task force. As the report stated, “outside stakeholders were consulted informally and in structured roundtables to brainstorm and refine proposals”.

Current Limitation Proposal
With this background in mind, on Thursday, 31st May, 2012, Mayor Bloomberg announced that he was going to ask the Board of Health to approve a plan to ban sales of sugary drinks over the size of 16 fluid ounces from restaurants, delicatessens, ball-parks, cinemas and road-side stands. The ban is to come into effect six months after the approval by the Board of Health. The Board will hold hearings for public comment on 24th July 2012.

Simple? Perhaps. The details, however, seem to contradict the purpose of the proposal. The new rule is aimed at one thing alone – sugary drinks. So, it defines, in terms of size, what a ‘food service establishment’ may sell and what a customer may serve himself. As with all rules, definitions are everything. The 7-11 shops are exempt because they are not considered ‘food service establishments’ and Starbucks are exempt because their sugary products contain at least 50 per cent milk or milk-substitute products.

Reaction
From the available evidence, the City did not engage in much discussion with the public before deciding on this new rule. The first indication of this is a short news article by the Associated Press. After some introductory comments, the reporter says the following, “City officials say they believe such a ban would prove popular with residents and start a national trend. But it already has opponents”. That is a clear indication of not asking the public what it thought before proposing the ban. Did it speak to the beverage industry? Their response, “There they go again….The New York City Health Department’s unhealthy obsession with attacking soft drinks is again pushing them over the top. The city is not going to address the obesity issue by attacking soda because soda is not driving the obesity rates”. The arguments of the experts for and against the link between sugary drinks and obesity continue to fuel the debate.

Some New Yorkers think it a good idea but others view it as a restriction on free choices. As one said: “What’s the next step? Are you going to ban candy in movie theaters?”. At a McDonalds in Harlem, the New York Times found people who said they get value for money buying a larger size drink: “For him to dictate, he’s outstepping his bounds”. Even professor Wansink who ran the United States Department of Agriculture dietary guidelines from 2009 to 2011 said that the rule would appear too confrontational. He was consulted and argued against what the City wanted to do. Promote large diet drinks, he said. People tend to make ‘price-sensitive’ decisions about what size to buy. “In fact, people who want small soft drinks are the ones who buy small soft drinks. People who want large get large and they’re going to get it one way or another”.

The customers at the Harlem McDonalds seem to agree. How about sponsoring gym memberships, said one. Another added that the Mayor would become the subject of jokes. As the professor worried, “I’m really afraid it will be an epic failure….People won’t have any faith that anything else would work”. As the New York Times says, reaction fell into two tracks: This is sound health policy or a perfect example of a ‘supersize’ government gone too far. In the end, education and communication will win over the public much more easily than ‘dictates’ from government.

The New York Times editorial on the subject put it best: “Promoting healthy lifestyles is important. In the case of sugary drinks, a regular reminder that a 64-ounce cola has 780 calories should help. But too much nannying with a ban might well cause people to tune out”. Come 2103 we shall see.