While Brooklyn has a lot of things, one would not normally expect to find a working farm there these days. However, right across the street from the front entrance of IKEA is the Red Hook Community Farm, a 2.75 acre space with approximately two acres of land under cultivation at the moment. 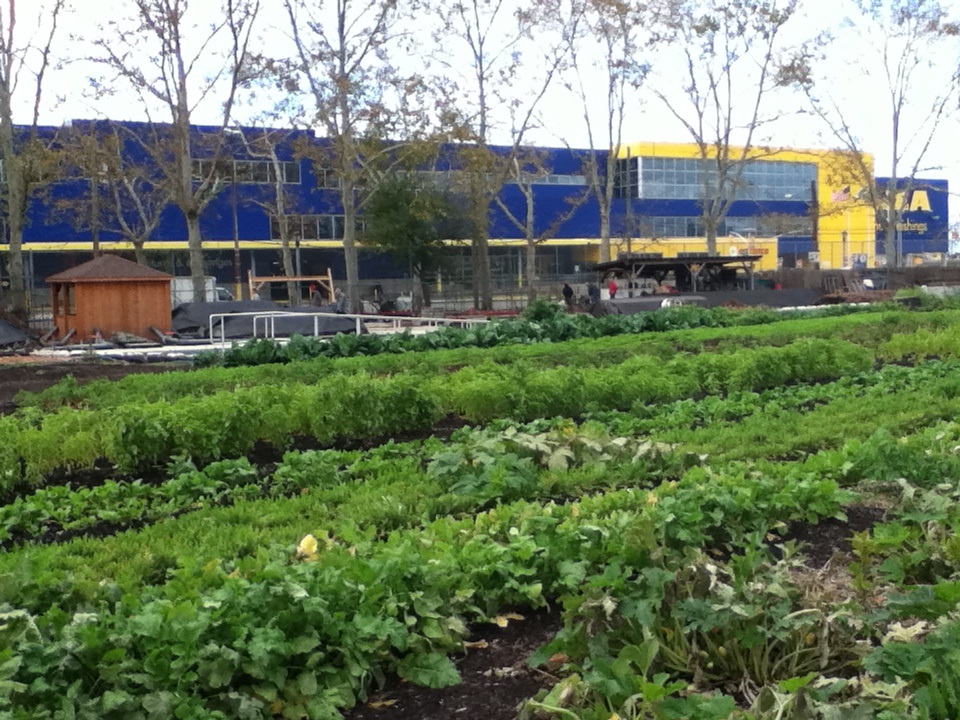 The farm grows a great variety of vegetables

The farm is run by the nonprofit organization Added Value. It grew out of a desire to provide educational opportunities for neighborhood youth along with fresh food to residents in the area, which is now slowly gentrifying but traditionally has held a lot of public housing, been underserved by supermarkets, and lacks access to convenient public transportation. Besides fresh produce, the farm also provides job training, educational programs, and composting services to the people of the community.

New York City’s Department of Sanitation began its composting program in 1993 and has been working with the city’s extensive network of community gardens since then. There are a few other gardens in the neighborhood, but the Red Hook Community Farm is distinctive in several ways. What began as a small project to plant some vegetables in a corner of a run-down, asphalt-covered playground in order to give neighborhood kids the chance to experience nature and fresh, locally-grown food expanded through popular demand until it took over the entire lot. While most community gardens arose in vacant lots bereft of buildings, where the soil was exposed and ready to be worked, the Red Hook farm comprised a layer of compost spread on top of the existing asphalt, which sealed it off from any possible contaminants in the soil of the former industrial site but limited the depth roots could push down to. Nonetheless, the farm was thriving up until Superstorm Sandy sent two feet of sea water washing over the entire neighborhood in late October of 2012, fatally contaminating the soil and making it so saline it had to be completely removed.

Taking advantage of this disaster, the City built a containment wall two feet high out of concrete blocks, and this was filled with a new bed of compost, allowing for crops like corn and root vegetables to be grown for the first time.

Furthermore, the farm is a neighborhood composting site, and operates entirely without outside power. All composting is done using either human labor or solar energy from the two large panels installed onsite that power the pumps used to force air through the composting piles. This is in contrast to industrial composting operations, where materials are collected in trucks, shipped to large facilities, often in other states, and processed through automated composting facilities. Compost materials mainly come from the green markets in Brooklyn run by Grow NYC, from the Parks Department, and from neighborhood residents, who bring their compostable waste to the farm and put it in bins there, often then buying more produce at the farm’s market. 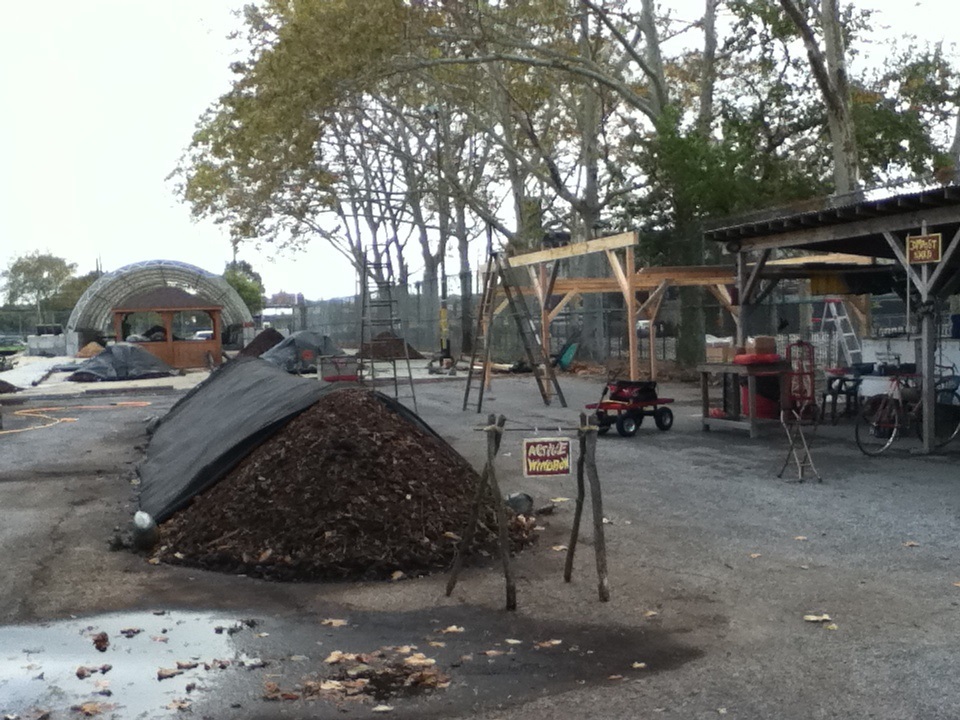 Part of the composting operation that provides soil for the farm

Through its Farm Based Learning program neighborhood youth are able to gain valuable experience in a number of areas including urban agriculture, marketing, finance, composting, and working with young children who come to the farm for its educational programs. In speaking with the Compost Coordinator for the farm, he described how, oftentimes, students who are difficult in class, being disruptive and not paying attention, suddenly become engaged and turn into group leaders when they come for programs at the farm.

The Red Hook Community Farm is also a participant in the Community Supported Agriculture (CSA) network, helping to provide locally-grown food to neighborhood residents. This program allows residents to pay a set amount toward the support of a community agricultural endeavor and receive a portion of the crop in return each week during the growing season.

The Red Hook Community Farm, through the devotion of its volunteers, partnerships with New York City and other organizations, community engagement, and a lot of hard work, has been able to grow over time to fulfill a number of important roles in the neighborhood and to support larger initiatives in the city and in the global effort to achieve greater sustainability and healthier living. Even in the face of setbacks, it shows what some dedicated people can accomplish by tending their garden. 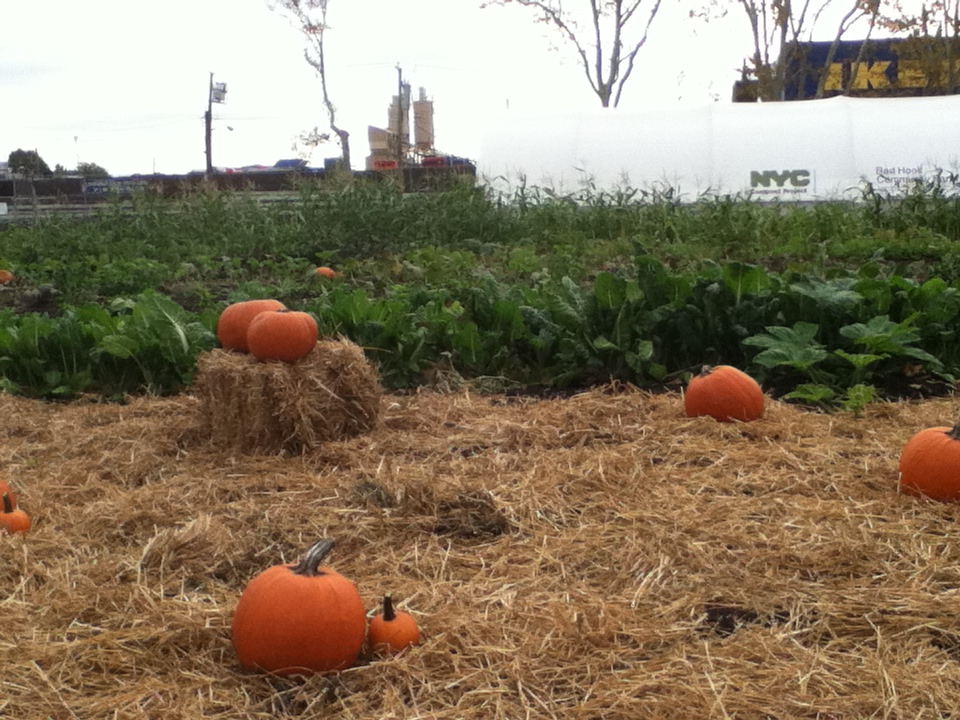 Getting the farm ready for the Halloween harvest festival