The First Peace Message from Hiroshima at Pearl Harbor

On June 8, Mayor Matsui from the City of Hiroshima visited the USS Arizona Memorial at Pearl Harbor in Honolulu. He dedicated flowers and gave a speech for visitors. It was the first speech by a Japanese mayor at the Memorial. 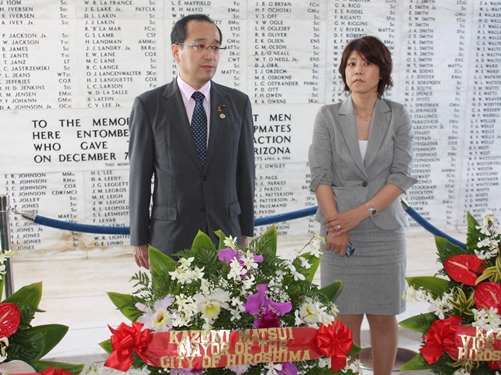 His key message was as follows: