What is the most popular destination for the “Anime” pilgrimage?

For animation aficionado, it is very popular to trek to the places where episodes of famous animations were created. Young, old, Japanese and foreigners, visit these holy grounds and immerse themselves in their favorite episodes.

“Anime-One” of Biglobe conducted internet research of the “the most popular destination for ‘Anime’ pilgrimage” on July 7, 2011. (www.rbbtoday.com/article/2011/07/01.78526.htm/) According to its research, the most popular destination is Nishinomiya City, Hyogo Prefecture, where Episodes of the Melancholy of Haruhi Suzumiya are supposed to take place. (Second: Shirakawa, Gifu of “When you hear the sound of cicadas.” Third: Toyosato Elementary School, Shiga, of Keion: The Girls Band)

Nagaru Kitagawa, the creator of Haruhi Suzumiya, has never officially proclaimed that the episodes took place in Nishinomiya (he is from Nishinomiya and still living there), but venues in the episodes, such as Prefectural North High-school, Koyoen-station, Syukugawa, Kitaguchi, etc. actually exist. 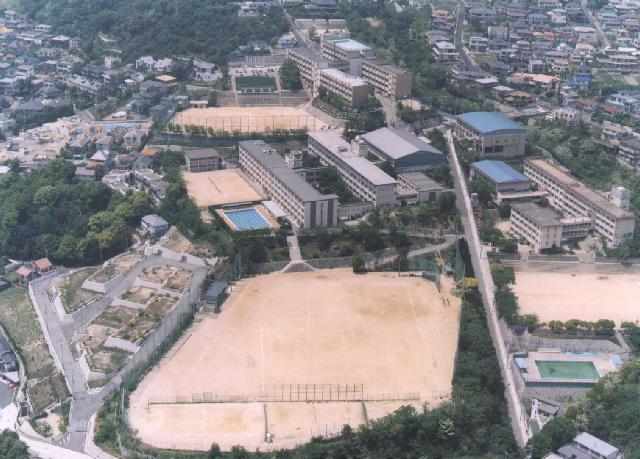 The Journal, a local newspaper, reported on July 4, 2011, that a bookstore had given away a “Pilgrimage map of Haruhi Suzumiya” to a shopper who had bought the newest edition of the series and the coffee shop “Dream” has served famous “Melon Cream Soda” (Haruhi’s favorite drink) since July, 2010. (www.kobe-ne.co.jp/news/hanshin/0004236482.shtml)

Beautiful and impressive visuals in the Japanese Animation stories reflect the real beauty and excitement in Japan. In Hyogo Prefecture, especially, the Hanshin-area, which consists of, Kobe, Ashiya, Nishinomiya, and Takarazuka, is famous for the episodes of various novels, animations, and movies.

If you come to Nishinimiya, Hyogo Prefecture, you will see Haruhi, Kyon, Mikuru, or Yuki!