A group of students from Fukushima University came to JLGC on Friday, March 7th, as part of their visit to New York arranged by the Kakehashi Project, which is commissioned by the Japan-US Educational Commission and carried out by the Japan Foundation in cooperation with the Laurasian Institute.

The group is one of several traveling around the US to both give participants the chance to expand their knowledge of and familiarity with the US and to talk to people here about various issues and activities in Japan. After listening to a brief introduction of the missions and activities of JLGC and CLAIR, including information on the JET Program and JET alumni, the group then gave a presentation on their activities to aid young people in Fukushima who are struggling with the very difficult conditions left by the catastrophic failure of the nuclear power plant there following the March 11th earthquake and tsunami. Students at the university have been creating and implementing programs to provide young people with study help, informal counseling, and recreational activities that allow them to get up and run around – something many have lost the ability to do because they live in areas where they are not allowed outside except for very short periods of time.

One problem the group highlighted was the sudden skyrocketing of obesity rates among the young. Whereas Fukushima had fairly average obesity rates prior to the disasters, young people there now rank among the top three prefectures for overweight children every year since 2011.

On the other side, however, the group reported that they are having to reexamine their programs as conditions change, and that one big change is having more and more children who have started thinking up their own activities and methods to help relieve stress and cope with their daily challenges. The question now becomes whether or not to step back and let the young people take control over their own recovery and, if so, to think of ways to support them that respect their individual initiative.

Even with progress on helping young people and families to cope with the stresses and restrictions of life in many parts of the prefecture now, the problem of Fukushima’s reputation still looms large. Concerns about radiation and anxious reporting on the continuing problems at the reactor site make it extremely difficult for businesses in the prefecture to market their products and contribute to a stigma on the people of Fukushima, whether they are still living there or not. That is also why the students are here, to talk about what is really going on where they live, and to let people know that what they hear in the media is not the whole story.

After New York, the students visited Madison, Wisconsin, and Los Angeles, California, before returning to Japan. We are certain they leave behind good impressions wherever they travel, and we hope they have gained new strength, new ideas, and even new friendships during their time here. All of us at CLAIR wish them all the best as they continue their efforts on behalf of the people of Fukushima. 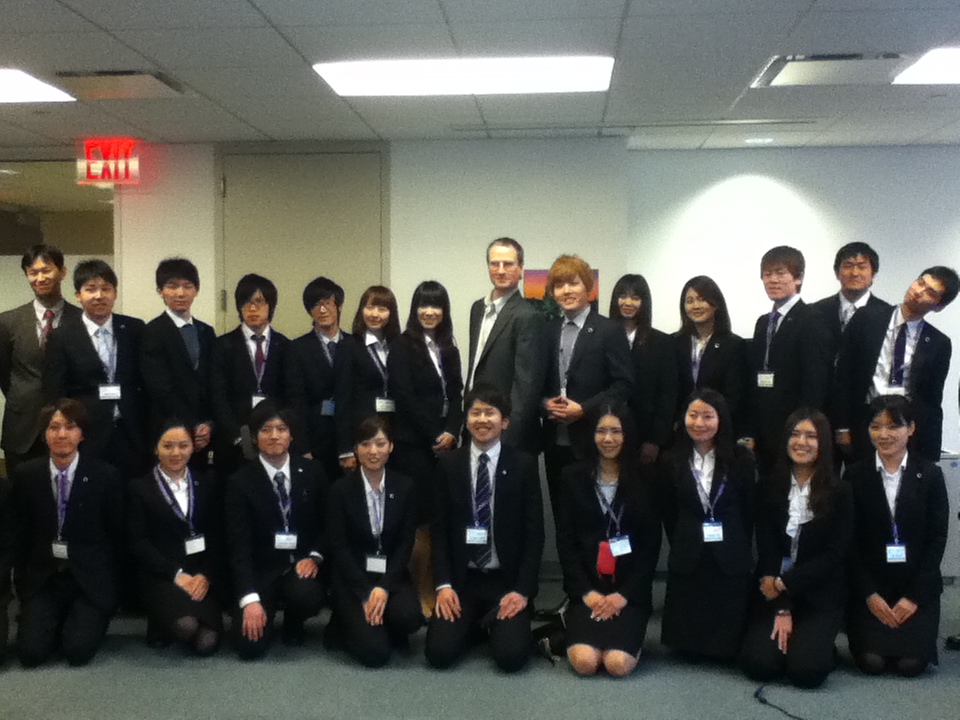