The Yamakiya drummers meeting with Ambassador John Roos before leaving for Washington.

The National Cherry Blossom Festival and the Japan-America Society of Washington DC have invited 13 students from the Yamakiya Taiko Club in Fukushima to perform at the centennial celebrations for Japan’s gift of flowering cherry trees to the United States. The students will travel to Washington from their new, post-evacuation homes in Japan, after being forced to leave their hometown of Yamakiya, part of Kawamata Town in Fukushima Prefecture, in the wake of the Fukushima nuclear disaster. They will be in Washington from April 7th to the 17th, and will perform at the Kennedy Center Millennium Stage on the 16th after appearing at the Cherry Blossom Festival Parade and the Sakura Matsuri ? Japanese Street Festival on the 14th. 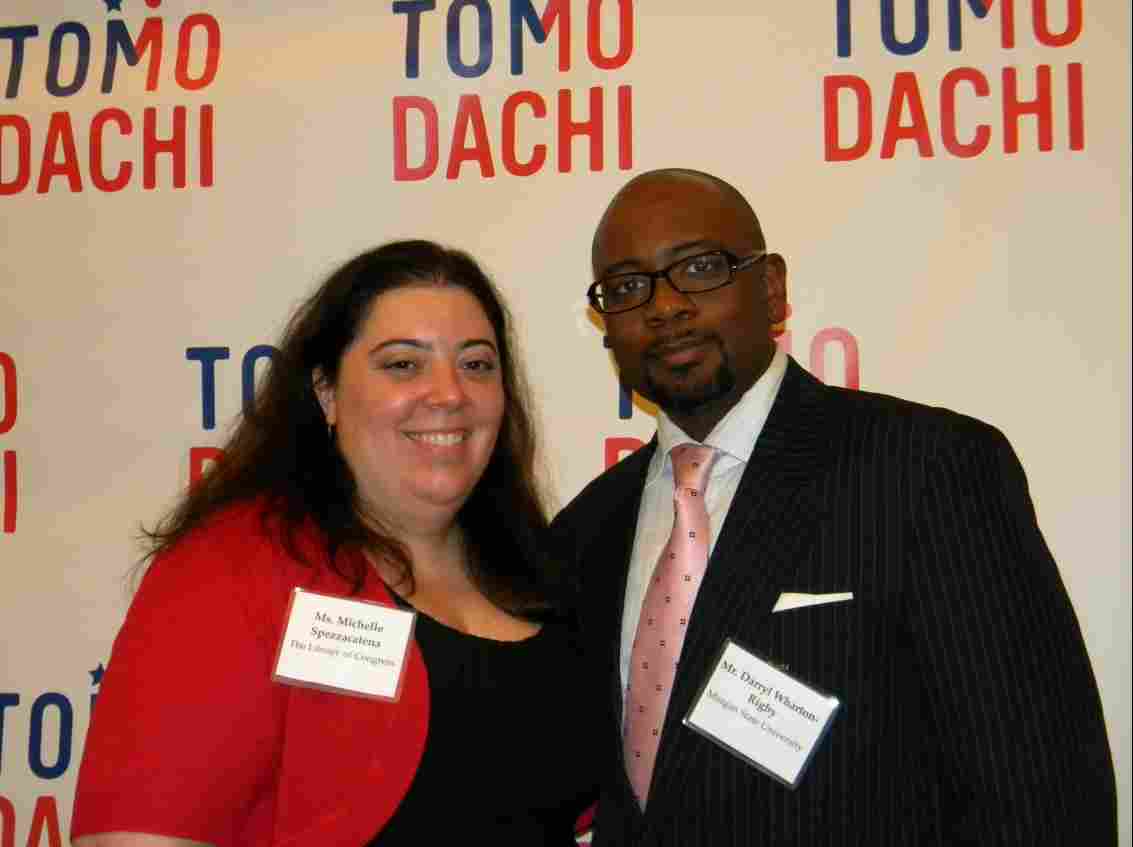 Michelle Spezzacatena and Darryl Wharton-Rigby, of the Washington DC JETAA chapter have spearheaded the visit and are primarily responsible for its becoming a reality. Michelle taught on the JET Program in Kawamata Town from 2002 to 2005, and Darryl took over from her, teaching from 2005 to 2007. They both wanted to do something to help out their Japanese ‘hometown’ after the March 11th earthquake and subsequent tsunami and nuclear power plant explosions that resulted in the town’s abandonment, scattering residents to various evacuation points away from the affected areas.

After coming up with the idea to bring the group to the US, they approached JASW, and with their support funding was generously provided by the US Japan Council. Other people who have been instrumental in making this visit a reality are Anna Cable of the USJC, Ambassador Malott and Marc Hitzig of JASW, Shigeko Bork, a former Kawamata resident now living in DC, and Masako Mori, a Diet member from Fukushima. Support has also been provided by the American Embassy in Tokyo under the TOMODACHI Initiative.